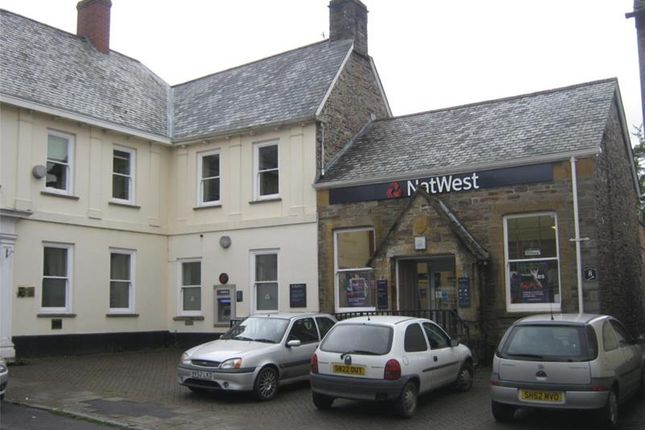 This historical article is reproduced from the Responsible Finance blog.

The following account (under the heading ‘Timeline of the branch closure’) was delivered to the Community Investment Coalition (CIC) by Nick Thwaites, Mayor and Chairman Dulverton Town Council and West Somerset District Councillor. It depicts the experiences of the town of Dulverton in relation to the closure of the final bank branch of the town, which belonged to National Westminster Bank (NatWest).

The account encapsulates some of the shortfalls of the current requirements placed on banks when closing the last branch in town, in terms of both being inadequate in nature and lack of adherence to the requirements from the bank itself. The deadline for submissions to the British Banking Association’s review of bank branch closure protocol passed at the end of July, however, CIC hopes this case study can provide useful insight into one example of how branch closures are handled.

Timeline of the branch closure

The Chairman and Mayor of Dulverton spoke on the BBC radio in which he mentioned the town had not received any notification of bank closure. Thwaites had spoken to the local NatWest CEO who said that nothing would reverse their decision to close and refused to provide any further information as to why the decision had been taken, despite numerous requests. The same day Dulverton Town Council (DTC) wrote to them outlining their concerns.

The basis for closure was indicated to be a lack of face-to-face, over-the-counter business which consequently made it uneconomic to have a branch in Dulverton. A great deal was made about the number of bank visitors per day as a reason for closure although, when questioned what number would make it viable, no number was forthcoming. It was apparent that no investigation had been carried out.

Despite numerous requests to hold a meeting with NatWest reps, no meetings were forthcoming. There was no answer to email or calls – all-in-all, a total lack of communications.

A formal meeting was finally held with NatWest, with Mike Goodman (the local CEO) and Steve Aldridge, responsible for branch closures after West Somerset Council became involved. A meeting was arranged via West Somerset District council at Weddon Cross and was to cover the Porlock, Williton, Watchet and Dulverton closures as none of the parish were able to contact NatWest.

It was made clear at the commencement of the meeting that they, NatWest would not allow any discussions on closures and that the meeting was purely to discuss arrangements for the mobile banking unit.

It was clear that the mobile unit – at 11’ x 23’ x 8’ – would have a problem parking in Dulverton. However it was a new unit that could do almost all banking requirements apart from opening new accounts and giving change to businesses (although they could do the latter if given a week’s notice). Both DTC Clerk and the Deputy Chairman of DTC were not happy with the way discussions went as priority was given to Porlock, Watchet & Williton, who didn’t have any problems accommodating the mobile banking unit’s size. Steve Aldridge (NatWest) informed us that we would hear very soon about timings for when the unit would be visiting Dulverton.

After hearing no news from NatWest, an email was sent to Steve Aldridge who finally confirmed that the mobile unit would be in Dulverton every Tuesday from 10.30-11.00. Although it still hadn’t been decided where in Dulverton it would be based.

Thwaites met with Mark Dulwich (a local CEO from South Dorset) and Elaine Davey from NatWest to discuss where the mobile unit would go. After walking all around the town they decided that, as a temporary measure, it would stay alongside Exmoor National Park Authority (ENPA) in the lane leading to the youth club. They were going to investigate asking for permission from West Somerset Council to park in one of the car parks as well as approaching the caravan site and ENPA near their sheds in the Heritage car park. They also mentioned that should Dulverton require counter services for any event in the town then they would send the mobile unit to help out. They had forgotten to bring down posters advertising this and promised to send them within 24hrs. The posters have still not been received (at time of writing) over a month later.

The mobile unit arrived, which was essentially an old van. Due to their location they cannot get a mobile signal. They are also limited on what transactions they can do. On some occasions they leave before seeing all the customers and they frequent change the times they arrive in Dulverton. At the time of writing it is between 12.00 and 12.45, still in the same location. They pack up and leave even if there is still a queue of people waiting to use the bank.

On 13th January this year (2016) Mark Dulwich (NatWest) was contacted with a request for the mobile banking unit to visit more frequently during April as it was thought that refurbishment work on the Post Office would be carried out at this time and the Post Office would have to be closed for up to 10 days.

He replied that he would look into it Thwaites and DTC never received any further correspondence from him. The date for refurbishment has been put back to this autumn so another effort will be made to arrange this once dates are known about the closure of the Post Office.